Giving Back to my Community - My Summer at RAICES 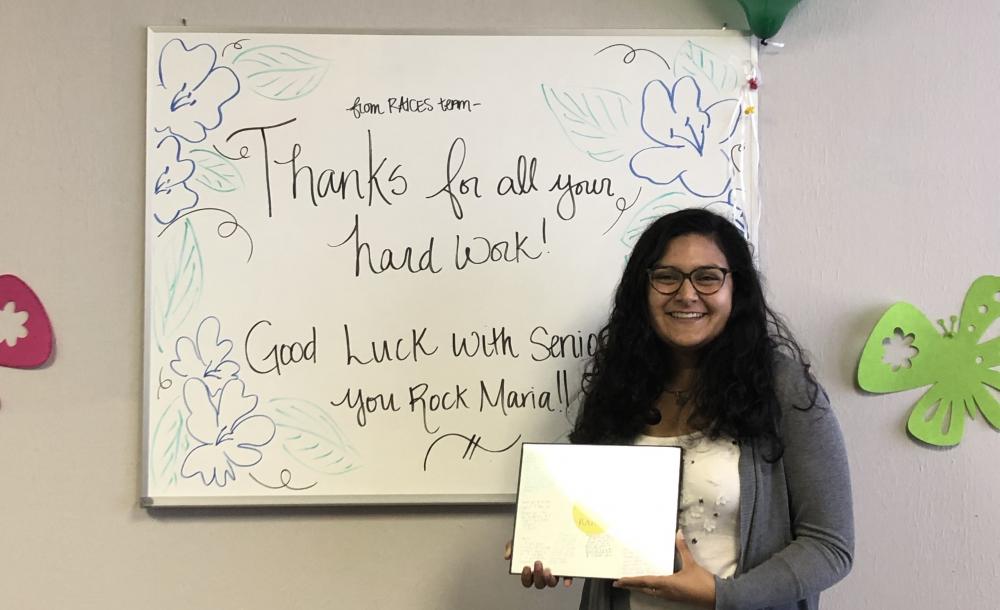 In my three and a half years at Harvard, almost every academic paper I’ve written has been about immigration.

My academic interest in immigration didn’t really start until I was able to take classes in which we discussed what the impact of being undocumented in the United States looked like, but I had always been interested in immigration. This was always something I cared about because my family was undocumented for 10 years and I grew up, and still live, in a large community of immigrants. I was actually the first person in my family to become a U.S. citizen and I went through the ceremony in Boston. This past summer, I was able to give back to the community in which I grew up by doing a summer internship at the Refugee and Immigrant Center for Education and Legal Services - RAICES in my hometown of Dallas, TX.

Because RAICES is a non-profit organization, I knew that a summer internship with them would mean that it would be unpaid. Because of my own background, an unpaid summer internship wasn’t really a possibility for me, and I was really worried that I wouldn’t be able to have the opportunity to work on something I’m passionate about in my own hometown. Along with giving back to my community, I wanted to put into practice what I had learned from my classes at Harvard, like my Sociology of Immigration class, so I was really determined to make this internship happen.

Thankfully, Harvard has a ton of incredible resources to help students who want to do an unpaid internship for non-profits or government offices.

I picked the RAICES location in Dallas because I wanted to be in the community I grew up in and also because I was abroad for 5 months during my junior spring semester, and I wanted to be close to my family before heading back to Harvard. I was able to spend a total of 10 weeks working in the office, surrounded by attorneys, legal assistants, and receptionists who all shared a passion for supporting the immigrant community in Dallas. I was able to write country condition reports for Guatemala, El Salvador, Venezuela, and Ethiopia that were used by attorneys to create their own legal briefs for asylum cases. I was also able to go to court with attorneys and sit in on their cases and learn about what the immigration legal system looks like from within. I also got to help with their filing and learned what type of paperwork is necessary for all types of immigration cases. I had such an incredible time this summer and I feel even more sure about the fact that I want to pursue a career in immigration.

Hi everyone! My name is María Pérez Franco and I’m a senior living in Currier House concentrating in Economics with a secondary in Sociology.

Next Story: Finding Community within the Ballroom World