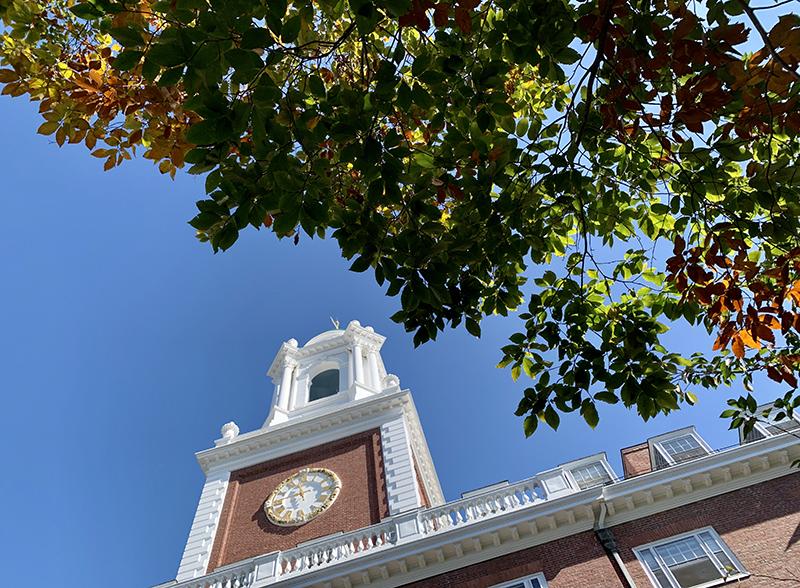 Following President Bacow’s announcement, I want to share a few thoughts with you about the issue of social inclusion at Harvard College.

Our decision to institute the USGSO policy in 2016 stemmed from a belief that our community is strongest when opportunities to engage and thrive are available to all students, and from the conviction that no one should be excluded from fully participating in College life because of their gender. While Harvard is withdrawing the policy, I still strongly believe that gender discrimination undermines our community’s values.

I echo President Bacow in calling for all of us to rethink the ways in which our actions and practices contribute to exclusion and inequality both within and beyond our campus community. I hope that for each of you that work will begin by examining the organizations you participate in, and asking yourselves who has access, and why. And I hope that you will consider making changes from within those organizations even in the absence of a College policy. I am committed to working with you as you think about what kind of organizations you wish to build, both on and off campus.

Dear Members of the Harvard Community,

Like many of us, I was greatly heartened by the landmark Supreme Court decision holding that federal law bars employers from discriminating on the basis of sexual orientation or transgender status. This civil rights milestone secures vital protections for millions of individuals who have so long been vulnerable under the law.

While marking a major advance for LGBTQ rights, the Court’s decision in Bostock v. Clayton County also has significant implications for Harvard College’s policy on unrecognized single-gender social organizations. That policy itself does not concern sexual orientation or transgender status. It was adopted for the purpose of counteracting overt discrimination on the basis of sex—specifically, the exclusion of Harvard College students from social organizations because of their gender.

Last August, in a lawsuit brought by fraternities and sororities to challenge the policy, Judge Gorton of the United States District Court in Boston denied Harvard’s motion to dismiss the case. In essence, the court accepted the plaintiffs’ legal theory that the policy, although adopted to counteract discrimination based on sex, is itself an instance of discrimination based on sex. The court reasoned that the policy applies to men but not women who seek to join all-male social organizations and applies to women but not men who seek to join all-female social organizations, and that this constitutes sex discrimination under federal law. In reaching this view, Judge Gorton relied heavily on the reasoning in one of the appellate decisions (Zarda v. Altitude Express) that was affirmed by the Supreme Court. It now seems clear that Judge Gorton would ultimately grant judgment in the plaintiffs’ favor in the pending lawsuit and that Harvard would be legally barred from further enforcing the policy.

In view of the Supreme Court’s decision, following Judge Gorton’s prior opinion in the lawsuit against Harvard, the Corporation consulted with the Dean of the Faculty of Arts and Sciences, the Dean of Harvard College, and the University’s General Counsel last week. We together came to the view that, in the circumstances, the College will not be able to carry forward with the existing policy under the prevailing interpretation of federal law. As a result, following a vote of the Corporation on Friday to rescind its prior approval, the policy will no longer be enforced.

Let me emphasize, however, that while we will not be replacing the policy, the guiding purpose behind the policy remains as important as ever. The policy was adopted to advance the essential and unfinished work of making Harvard a more inclusive and welcoming environment for all our students—of creating a community in which students are not denied the opportunity to participate in aspects of undergraduate life simply because of their gender. Harvard is fairer and better when a student’s gender does not stand as a barrier to social opportunities while in college or inhibit students’ access to alumni networks that can help enable opportunities later in life.