Concentrations, Course Selection, and Shopping Week: My Experience as an Undeclared Student 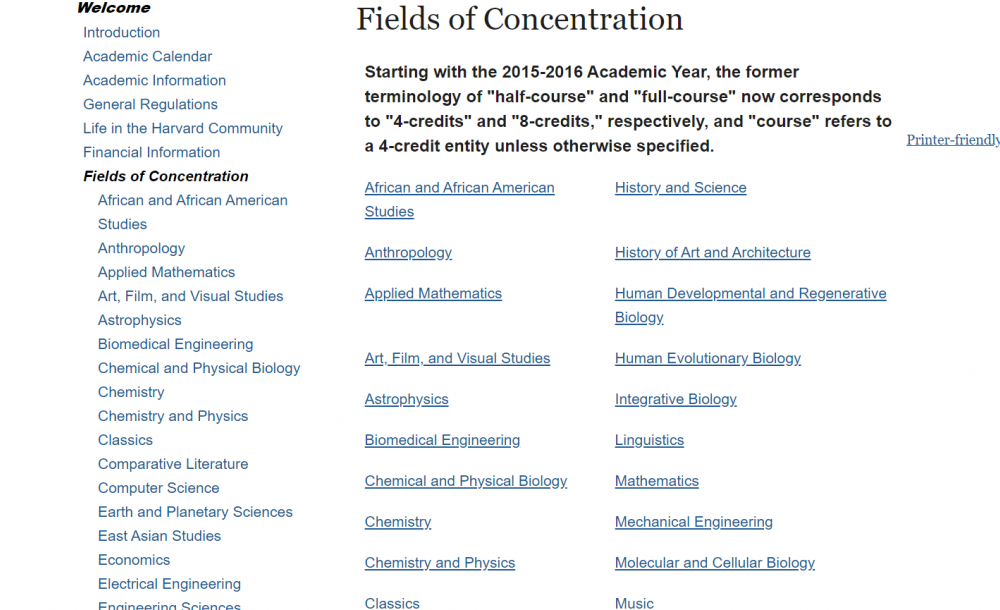 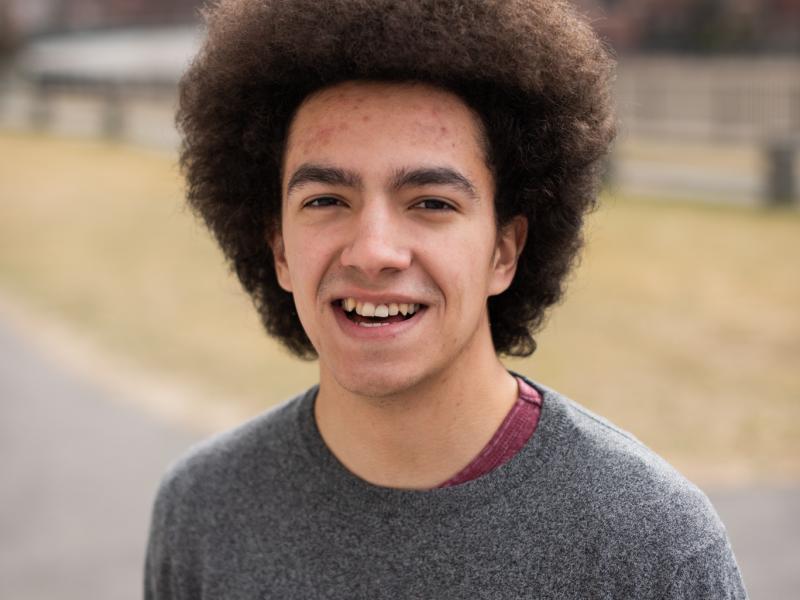 As Harvard proclaims on their website, “We offer more than 3,700 courses in 50 undergraduate fields of study.” But what does this mean for students who have no idea what courses to take?

Besides moving to one of the residential houses (under normal circumstances), one of the biggest milestones for sophomores is declaring your concentration. At Harvard, sophomores have until mid-November to declare their intended concentration, and while your concentration can change over time, declaring is still a big deal. For some students, this isn’t really a problem –– they already know what they want to study, and might have known since the time they applied to Harvard.

For me (a rising sophomore) on the other hand, the looming declaration deadline is a nightmare because I have no idea what I want to concentrate in.

This also complicates my course selection process, since generally, students try to take classes that will fulfill their concentration requirements. Not knowing my concentration means not knowing my requirements, which means I’m left with over 3,700 courses to choose from and no idea of what avenues to pursue.

As a first-year, I felt this same uncertainty around course selection. To give you some background, I applied to Harvard as a pre-med student: I was 99% certain I was going to study biology, go to medical school, become a surgeon. Two years later, after living abroad in Moldova and Ukraine and having a lot of time to think, I realized that medical school was not the path for me.

Of the things that I chose to do in high school with my free time, of the things that made me happy, everything pointed to a career in law. I loved studying it. I loved debating it. For me, a fun Saturday afternoon was downloading a decision by the Supreme Court, reading it, and trying to grapple with the thought process and case law that went into that specific case. This and a few other things made up my mind that my new path forward included law school, and not medical school.

But that still left the question: what should I actually study for my undergraduate degree?

Unlike when I was considering medical school, I wasn’t looking at a long list of required courses; of course, there is a large trend of students studying political science or English who go on to law school, but really I just needed to keep honing my reading, writing, and critical thinking skills. An English degree? History? I had no idea. So combing through the course catalog of what felt like 5 million courses began looking like a nightmare… at least, until I had a realization.

I could choose whatever I wanted.

Sure, there are some requirements that I should be aware of: I need to take four general education courses by the time I graduate, and there is the language requirement to keep in mind. But I didn’t NEED to start on them my first year. Concentration requirements? They are designed so that (in most cases) I could still easily fulfill the requirements, even if I didn't begin taking classes specifically for that concentration until the end of my sophomore year. So, with a quick shift in mindset, I realized that my first year was probably going to be the easiest year to pick courses. Here are a few guiding principles that helped me in my search of courses when I had no idea what I would actually end up getting a degree in:

1. Focus on what caught my attention and what sounded interesting. Think, “Would I read about this topic in my free time? Have I asked myself questions related to this course before?”

This thought was definitely the largest determination in choosing my classes. I would try to remember things that I think about in my free time or topics that catch my interest on my news feed, and then make a broad search in the course catalog for classes relating to that area. This strategy led me to my freshman seminar, a course entitled, “Slavery and Christianity.”

Like all freshman seminars, it was very small, with only nine students enrolled including myself. The course served as an intersection between history and religion, exploring the role Christianity and Christian people in America played in the arguments for and against slavery since Colonial America. We read a lot of interesting materials, had some great in class discussion, and even visited the Andover-Harvard theological library. One of the best parts about this class was that there was no stress over grades since all freshman seminars are purely pass-fail. Rather than stress over a grade, I was able to dive into a topic that was personally intriguing and experiment with my writing in ways that I never would have in a letter-graded course.

2. Try to enroll in small classes

Especially as a first year, it can be intimidating going into office hours, talking to professors, and even speaking up in class. I figured that those anxieties would only be raised if I ended up sitting in a class of 150 other students who are probably more knowledgeable about the course subject than me, so I was set on finding one or two classes with less than 30 students.

As I mentioned above, my freshman seminar was a great way to do this. Another resource for the small-class-seeker is the language department at Harvard. Even introductory courses are kept around 30 students or less, and some of the more advanced classes are even smaller. I ended up enrolling in a Russian class that only had eight students, four of which were earning graduate degrees of some sort. This meant that not only was it really easy (if not required) to get to know my classmates and professors, I was guaranteed speaking time during class. Since all of Harvard’s language professors are native speakers, speaking up in class is a great way to refine your skills (and it’s not that embarrassing if you mess up since there are only eight other people in the room with you). Finally, some courses will even list an enrollment-cap when you search them on my.harvard, so if you are trying to find a small class then be sure to take note of this when you are browsing the catalog.

3. Don’t be afraid to explore

Especially with the liberal arts focus of Harvard, the idea is that we all gain new knowledge and perspectives about topics we hadn’t really studied before. For me, the first year was the perfect time to branch out and take a class about something that had always piqued my interest but didn’t really feel like a good use of one of my high-school classes.

My spring semester, I found an amazing history class about the rise and fall of the Soviet Union. Having lived in Eastern Europe for the two years prior to enrolling at Harvard, the Soviet Union and its influence was a new interest for me. Knowing Russian also drew me to the course, and even though history was never my strong suit in high school, the lecture wasn’t that large and Professor Martin was hilarious (in addition to very knowledgeable about the subject), so I said why not! I even convinced a pre-med friend of mine to take the class with me, and it ended up being one of my favorite classes that semester. It also has me seriously considering concentrating in history, something I never would have thought about if I hadn’t branched out. I’m of the firm opinion that every Harvard student should take a class purely out of intellectual interest, and doing that before you declare your concentration is a great way to check this off your list.

4. If all else fails, go for utility

Finally, if you have searched and searched and still have no idea what to take, I would suggest trying to fulfill some of the requirements that you have regardless of concentration. One way to do this is to enroll in a language course, which, as I mentioned, is great for a few other reasons. Another way to “get ahead” your first year is by beginning to fulfill your general education requirement. There are four categories of general education classes, and you have to take one class in each category by the time you graduate. While these courses might not be as in-depth as other classes you will find at Harvard, there is a wide variety of topics to choose from and they are generally not as heavy on the course load.

My first semester I stumbled upon a course entitled, “Sleep.” This class was taught by Doctors Czeisler and Sheer, both of whom are leading sleep doctors. Professor Czeisler also teaches at the medical school and had no shortage of stories or research projects or professional testimonies (he was a witness in the case against Michael Jackson’s doctor) to keep things interesting. While some students ended up just missing lectures, as the course title suggested and catch up on some much needed rest, for me this class was heaven-sent. Walking into my first semester of what could be the most sleep-deprived four years of my life I was able to learn about how to get the most out of my sleep, wake up feeling refreshed, get over jet lag, optimally catch up on sleep over breaks, and even deal with noisy roommates.

So if you get anything from my story....

Don’t be worried if you don’t know what you want to concentrate in.

In fact, it might even be a bonus in disguise! You will have plenty of time to figure out what you want to study, and in the meantime, I would recommend taking classes that you are genuinely interested in, trying to find some small classes, branching out, and, if all else fails, focusing on some general classes you are going to have to take anyway.

Hello! My name is Carter Martindale, and I'm a first year living in Hollis Hall. I am pursuing a joint concentration in government and religion as well as earning a language citation in Russian.

Next Story: Peer Advising at Harvard