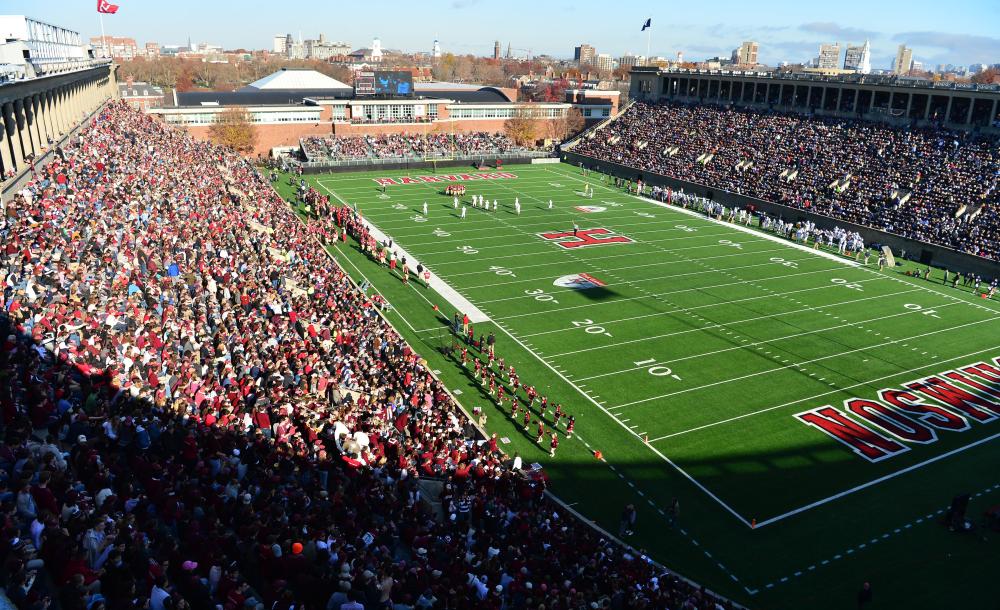 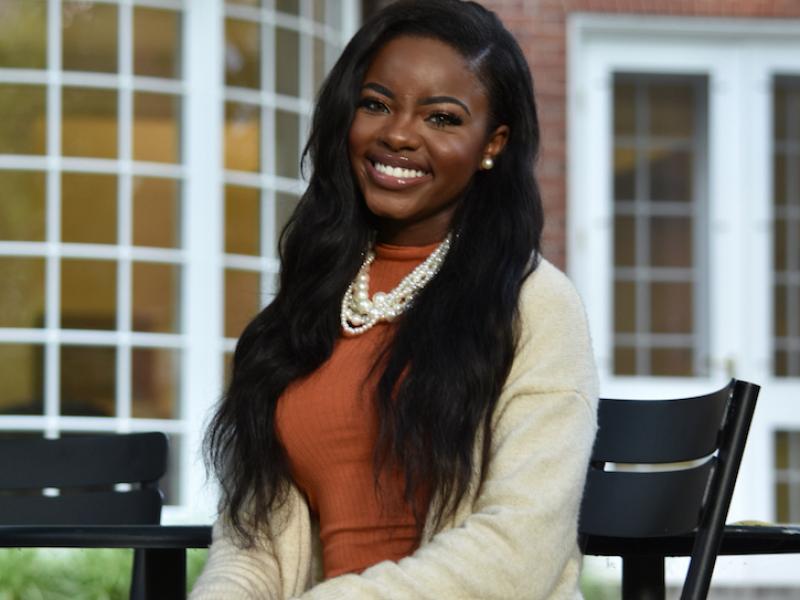 Just one mile away from the heart of Harvard Yard lies a National Historic Landmark and the home of several Harvard Varsity Athletic Teams, Harvard Stadium. Each fall, its seats are packed with fans from across the country as they enthusiastically cheer on our football team. It is a hub for elite athletic competition and student social life filled with both historical significance and present-day impact.

Harvard Stadium’s grandeur and allure are not unwarranted: It is America’s first and oldest intercollegiate concrete stadium. Harvard Stadium was a gift from the Class of 1879 in honor of their 25th anniversary and opened in 1903. The stadiums of Athens inspired its unique horse-shoe shape,and its architecture has withstood the test of time elegantly. Only four athletic facilities are considered National Historic Landmarks – Harvard Stadium is one of them. In its current form, Harvard Stadium seats just over 25,000 spectators.

Aside from the structural astonishment of the space, Harvard Stadium is also the site of an important evolution of American football. The forward pass, adopted to increase the game's safety, was birthed in Harvard Stadium too. First down, anyone?
Students can also engage with the Stadium beyond the spectator’s capacity. Some intramural sports are played on the stadium grounds, and many members of the Harvard community take advantage of the size of the Stadium and use it as a space to exercise.

Very few people spend more time in Harvard Stadium than the varsity student-athletes who see practice on the field in their respective sports. Senior Truman Jones, the 148th Harvard Football Captain, has a particular affinity for and familiarity with the facility he has called home for the last four years.

“​​We use the Stadium for every aspect of our training,” says Jones. “We're training there four days a week in the fall, and we practice there in the spring and the summer... it's really an everyday part of Harvard football.”

After 678 days of inaction due to the onset of the COVID-19 pandemic and the cancellation of the 2020 season, the Harvard Crimson football team welcomed back over 20,700 supporters to Harvard Stadium for the first time in nearly two years on Friday, September 24, 2021, in a regular season match-up versus Brown.

When asked about the return to Harvard Stadium in the fall of 2021, Jones spoke enthusiastically about what it meant to play college football again. “It was insane. I honestly felt like I was a kid again, playing under the Friday Night Lights against Brown. There were so many sounds, so many sites, so many people.”

“It's definitely an honor. It's so special. Every time [the team] comes through the stadium, we walk through the front gate on the closed end of the stadium, and there's a little sign that says ‘A Gift from the Class of 1879.’ That always reminds me and brings me back to where this all started,” Jones said.

“[The Stadium] is a reminder of the legacy and the impact we can all have if we make the choice to,” says Jones.

One hundred nineteen years later, we owe the Class of 1879 a stadium-sized “thank you” for the gift that keeps on giving in the form of Harvard Stadium. For over a century, student-athletes like Truman Jones and countless others have perfected their craft here and crafted some of their most salient college memories within those concrete walls. In addition, students, alumni, supporters, and members of the Harvard community alike have had the distinct privilege of watching incredible games in the seats of Harvard Stadium and using the space for their own personal edification. The historic nature of Harvard Stadium does not stop at its construction – from fundamental changes to the game of American football to the countless memories that are to be made on the field and in the seats – there is no doubt that the future of Harvard Stadium is just as exciting as its past.

Undergraduate students receive free admission to all Harvard Varsity Athletic Contests, so be sure to check out the Crimson football team and revel in the wonder that is Harvard Stadium.

Hey, y’all! My name is Artha Jonassaint and I am a sophomore from Okeechobee, Florida. I study Government and Global Health/Health Policy at the College and hope to eventually attend law school. 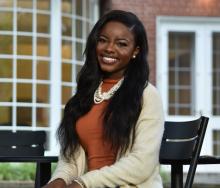