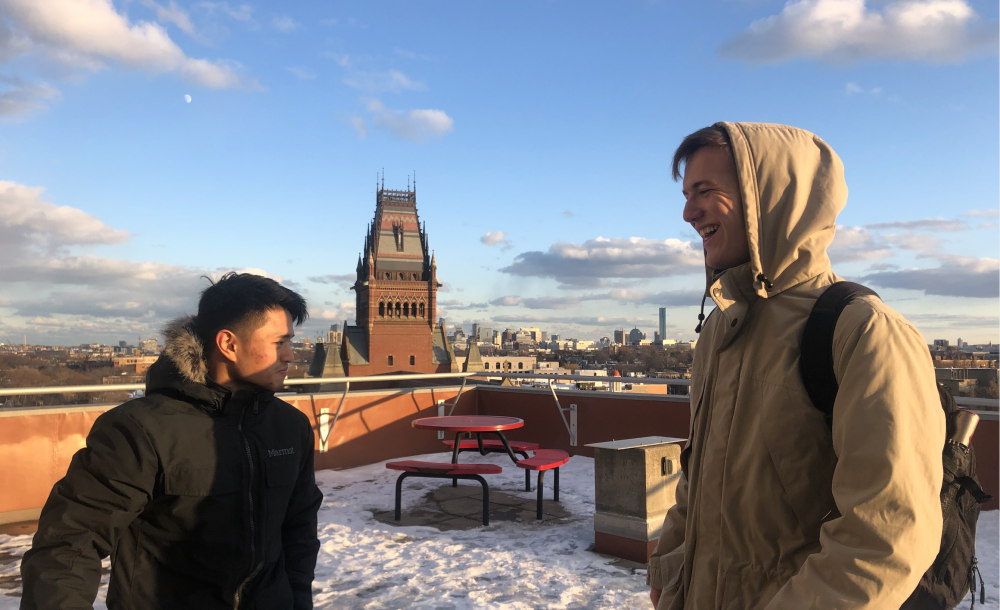 When I discovered you couldn’t choose your own roommates the first year at Harvard, my stomach churned.

I received the extensive Housing Assignment Form over the summer and was equally frightened and impressed by its comprehensiveness. They asked every question under the sun:

Do you like to study with or without music?: I like music, but I can use headphones..?

They asked me to write an essay that described my ideal roommate. This was my chance. I wrote at length about the types of people I get along with, my biggest hobbies, interests, passions, and even threw my Meyers-Briggs personality type in there to round it off. I was not messing around.

And then the most important question of all:

There was, of course, a clause that stated they could not guarantee your preference. I had never lived with a roommate before, not to mention five of them! Nonetheless, I decided to be reasonable, and figured college would be the time to take risks, so I listed I could handle a roommate.

I was placed in a quintuplet on the top floor of Canaday Hall in Harvard Yard. The room had four bedrooms for five guys, a pretty big common room, and a hallway bathroom. After some Facebook stalking, I prepared to meet my roommates with loose information I could gather on them: A rugby player from California, a politician from Massachusetts, a presidential scholar from Wisconsin, and an actor from Berlin. Between the four of them, I could not think of a stranger combination of roommates. I had heard the Deans do their best to make smart, informed choices. My guess was maybe this room was for the leftovers.

On move-in day, in addition to the 300,000 other thoughts racing through my mind about starting college, I was hoping I would make a good first impression.The Californian rugby player, Daniel, was not enthused when he was chosen for the double, so I took the hint and steered clear. The presidential scholar from Wisconsin, Colin, also turned out to be 6’4” and seemingly unamused by my bad jokes. Life in college was moving fast in and out of class, so I figured I could get along fine with microwaving my leftovers in silence and taking them to my single.

Our interests and hobbies are so disparate, yet there's something underlying that makes us more similar than we might think.

It wasn’t until a month or two in, when a passing hello slowly turned to catching up. Catching up soon turned to an hour long conversation in the common room and accidentally missing lunch. We told stories that had us laughing hysterically at 3am and debated topics that revealed perspectives I hadn’t even thought about. I learned more about their personalities and them as people.

I made friends with people that were similar to me outside of Canaday G41, but I had come to find friends that were perfectly opposite right in my own common room.

Sophomore year and junior year, I chose to live with Daniel the Californian rugby player and Colin the Wisconsin presidential scholar. Of course, by then, they were just Dan and Colin to me. We had established traditions of going to the top of the Science Center the night before each finals period, throwing extravagant parties for each other's birthdays, and grabbing lunch whenever we could to fill each other in on the extremely different lives we conducted outside of our awesome new room, Kirkland I-33.

I now study a joint concentration in Film and Neuroscience, while Dan studies Computer Science, and Colin delves deeper and deeper into Government. Our interests and hobbies are so disparate, yet there's something underlying that makes us more similar than we might think. I have come to realize that with a lot of students at Harvard, when I give them the chance I had with my roommates.

As we approach senior year, I’m happy I couldn’t choose my own roommates my first year, because I might have never met my best friends.

Next Story: Finding my Major