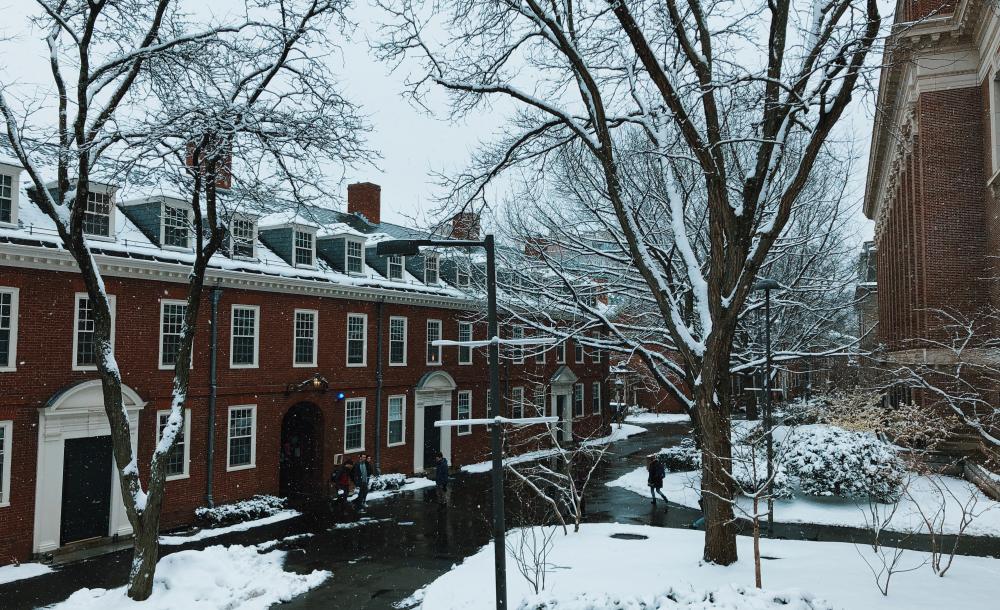 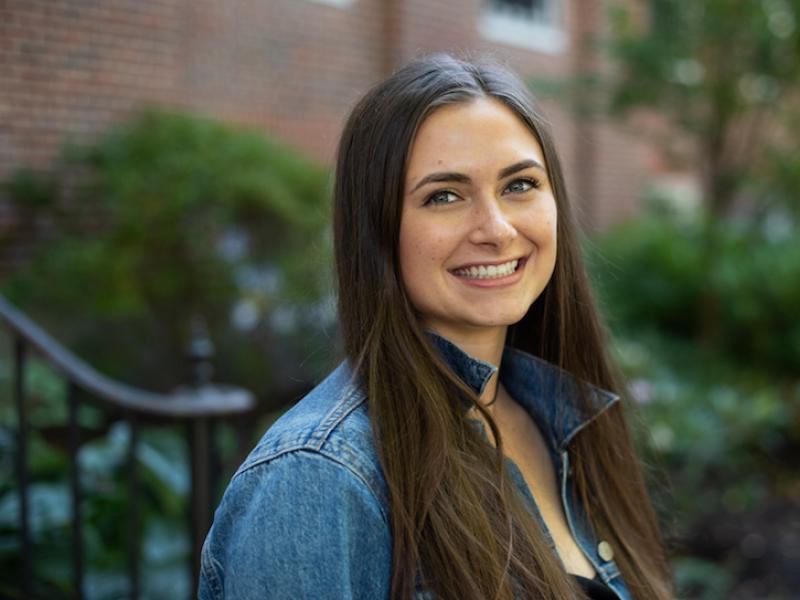 My roommates and I had already stripped off our jackets, changed into pajamas, and prepared to settle in for the night when the snow began falling.

Outside the window of our dorm, small specks drifted down, dotting Harvard Yard and accumulating on gutters, rooftops, and steps. This was the first snowfall I experienced at Harvard College, and it was unexpectedly magical.

I say unexpectedly because I grew up surrounded by excessive amounts of snow. My hometown of Anchorage, Alaska, is blanketed with snow for nearly six months out of the year. It’s not uncommon to see crystals clinging to foliage and frost dusting windshields well before October.

I have always welcomed first snowfall because it signifies the start of the ski season. Over the years, however, the novelty has worn thin. In Alaska, snow means skiing, but it also means slushy sidewalks, dangerous driving conditions, and perpetually wet feet. Snow is a beautiful inconvenience.

When snowflakes began falling at Harvard for the first time my freshman year, my roommates and I decided to leave our dorm and enjoy the occasion. I didn’t think I would be outside for long, so I didn’t bother changing out of my pajamas.

We stepped outside into a winter wonderland. The Yard was buzzing — other students were racing around, slinging snowballs, and rolling snowmen out of sticky mounds. We saw friends from our entryway and had a vicious, but admittedly one-sided snowball fight (I spent most of my time running away). Laughter and shrieks rang out through the Yard, and red noses and numb hands were outshone by toothy smiles. Someone made a giant snow sculpture by the John Harvard statue. I stuck my tongue out to catch snowflakes in the darkness.

That night, I talked to students who had never seen snow before and were absolutely amazed by the stuff that I took for granted. My peers’ happiness was contagious. I was giddy with excitement — I felt like I was five years old again, leaping into heaps of snow in my backyard or making snow angels on the playground.

I think sometimes you need a change in landscape to see the familiar with fresh eyes. Coming to Harvard renewed my excitement for snow and my love for winter. Strangely, the coldest season of the year seems to bring about the warmest energy. After that first snowfall, Harvard looked a little brighter and felt a little more like home.

Hi! My name is Jania Tumey, and I’m a sophomore at Harvard College living in Winthrop House. I’m originally from Anchorage, Alaska, but I now consider Boston my second home. 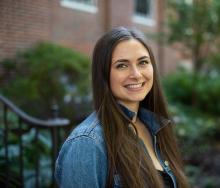 Next Story: I Submitted My Application, Now What? Here Are Twenty Tips!