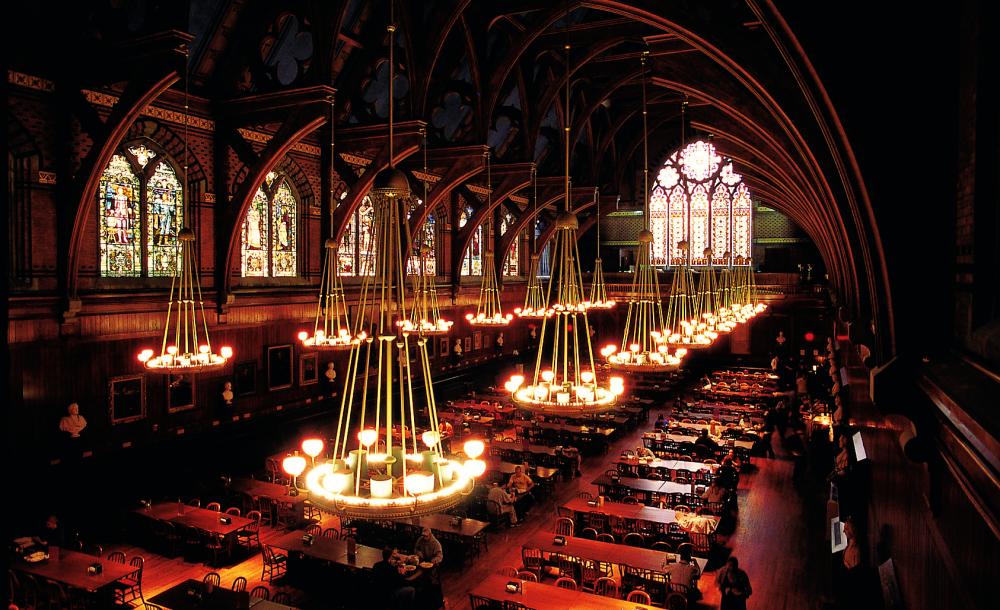 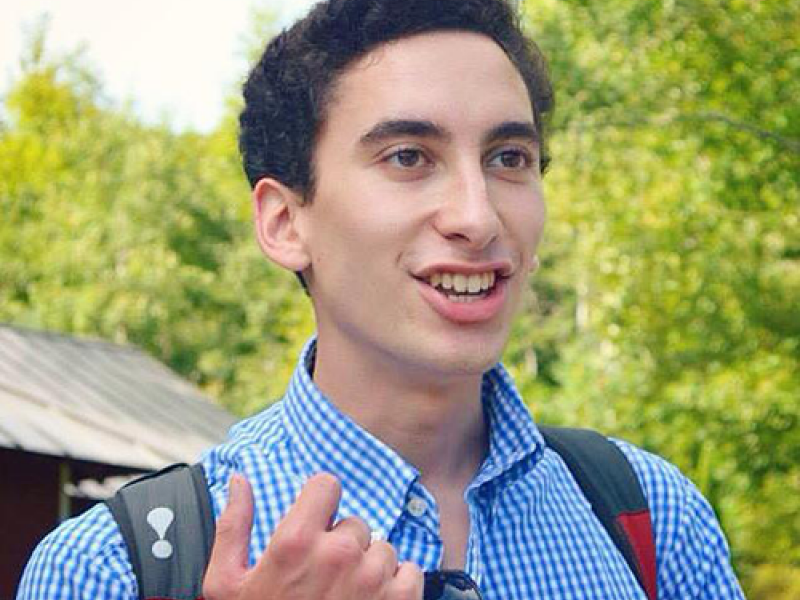 Today I am focusing my blog post on dining at Harvard, since we at Harvard College Connection have received a surprising number of queries regarding this subject.

I get it - college students gotta eat! So I thought that I'd take the time to aggregate all of these questions and explain in-depth what dining on campus looks like.

Freshmen have the privilege of taking all of their meals in Annenberg Hall, which you have likely seen in every single admissions brochure. It looks very much like the Great Hall from Harry Potter, except our tables run the wrong way (still awaiting word on whether it actually inspired Mrs. Rowling during the time of her writing).

Annenberg seems really cool at first because, as mentioned above, it is essentially Hogwarts. It begins to feel less cool as the weeks go by and you unsuspectingly commit the meal schedule to memory. It happens very suddenly. One day you are hurrying excitedly from class wondering what's for lunch, and the next you're buying Qdoba because you're not a fan of "red spice chicken". But have no fear, because Harvard's food is actually quite good compared to many universities! Here are some reasons why:

- It is unlimited. Every meal that you will ever want to eat is included in your meal plan. I recall my pre-frosh tour guide telling our group how she personally discredited the rumor that our meal cards were capped at 99 swipes per week. Nope - it's truly all-you-can-eat.

- HUDS (Harvard University Dining Services) likes to experiment. Sometimes these are good, sometimes they are not good. But that's the scientific method, right? And they are very responsive to student feedback, so if they've tried a new ethnic dish and knocked it out of the park, be sure to let them know!

- Seasonal menus. Harvard actually changes the food they serve to students based on what is freshest and in-season. They also bring in most of their produce from a fifty-mile radius around Boston, making a major effort to buy locally-sourced products.

- The basics. If you're just really not feeling the entrees one day, there are always make-your-own sandwiches and the salad bar. You can also place an order online for a basic bag lunch the night before, if you know that you're only going to have a few minutes to pop in and out for lunch.

People are always really shocked when I tell them that Harvard has thirteen dining halls, along with Hilles (Jewish cultural center open to all students that serves kosher cuisine). Every single upperclassman house has their own, in addition to Annenberg. However, freshmen can normally only access upperclassmen dining halls if they are accompanying a resident of that house as a guest. More incentive to make friends with the older kids! Your freshman friends will be awestruck when you tell them how you ate dinner in Mather while watching the sun set over the Charles River (shameless pub for my own house there).

In addition to our dining halls, all of which are covered by your meal plan, Harvard also hosts a series of cafes where you must pay in order to eat there. These include Greenhouse Cafe in the Science Center, CGIS Cafe in the Government Department, Barker Cafe in the English Department, and Lamont Cafe in the undergraduate library (among others). These generally offer standard on-campus fare - pizza, salads, sandwiches and wraps - but occasionally they'll have some really standout dishes as well. For instance, the Thai food in the Science Center is actually pretty great!

Lamont Cafe, for all your late-night sustenance.

One last thing: in order to become a true Harvard student, you must never refer to a dining hall as "dining hall". D-hall only, if you want people to understand what you're talking about.

That's everything you need to know about dining at Harvard! Good luck avoiding the Freshman 15.

Next Story: “Is Harvard Hard?” And Other Commonly Asked Work-Related Questions